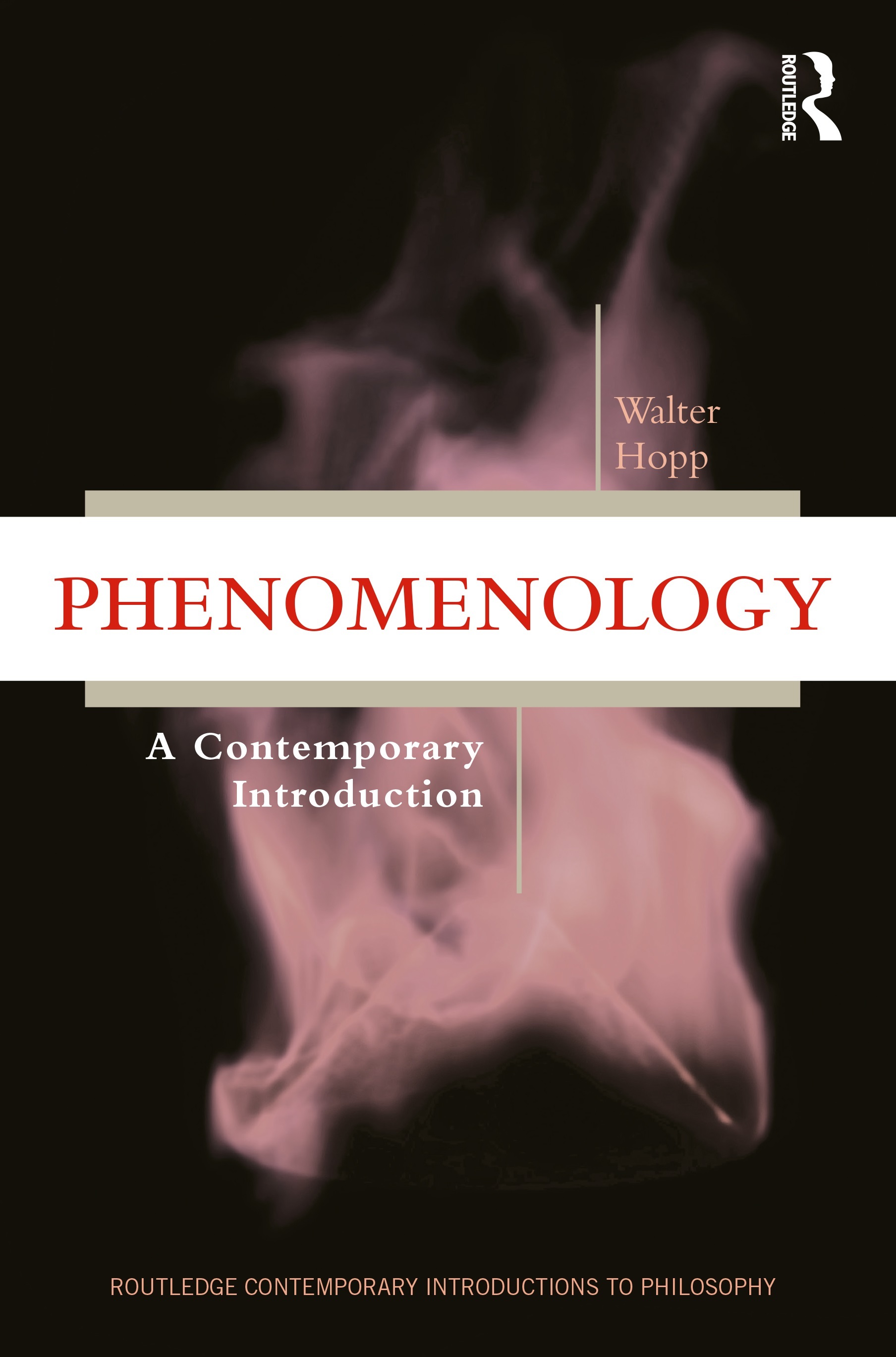 Available in paperback from Amazon.com

Professor Walter Hopp was one of the final students to receive a PhD under the direction of Dallas Willard. In Phenomenlogy, Dr. Hopp develops a realist reading of Husserl’s phenomenology in line with Dallas’s perspective. He discusses, assesses and defends many of Dallas’s controversial interpretations of Husserl and the nature of phenomenology, all in a uniquely clear, entertaining and friendly but pugnacious “take no prisoners” style. It’s also a very accessible introduction to phenomenology for people who want to better understand Dallas’s philosophical work.

The central task of phenomenology is to investigate the nature of consciousness and its relations to objects of various types. Phenomenlogy introduces students and other readers to several foundational topics of phenomenological inquiry, and illustrates phenomenology’s contemporary relevance. The main topics include consciousness, intentionality, perception, meaning, and knowledge. The book also contains critical assessments of Edmund Husserl’s phenomenological method. It argues that knowledge is the most fundamental mode of consciousness, and that the central theses constitutive of Husserl’s “transcendental idealism” are compatible with metaphysical realism regarding the objects of thought, perception, and knowledge.

In the book’s Acknowledgements, Dr. Hopp shares:
This work would have been impossible without the extensive and sustained help of Dallas Willard, whose knowledge far surpassed even what was documented in his significant body of published work, and who generously shared it with those of us fortunate enough to have been his students. In addition to his encouragement, he provided me, over many years, a way of understanding phenomenology that would surely never have occurred to me without his insights.

I have little doubt that this is going to be the best discussion of phenomenology from a distinctively Willardian perspective that we will see in our lifetimes, and I regard it as extremely important for perpetuating Dallas’s legacy as a Husserl scholar and phenomenologist.

Many of us remember Dallas Willard as a man who could take the most abstruse features of Husserlian phenomenology and sum them up with a few simple, gripping examples. That spirit is preserved in this book, which collects in one place Hopp’s own impressive stock of clarifying examples and thought experiments. Moreover, Willard’s overall interpretation of Husserl (realist, drawing on analytic philosophy but not along “Fregean” lines, and focused on rationalist epistemology) was never really condensed into a single work. This book fills the gap, providing a book-length and up-to-date presentation of the “Willardian” reading of Husserl. It should be of use not just to Husserl scholars but to anyone interested in phenomenology or rationalist epistemology.

This book is a tour de force – it’s the best phenomenological treatment of the selected topics I’ve ever read.

The reception of Husserl’s thinking has suffered from the complexity of his ideas and the awkwardness of his jargon. At long last our suffering is at an end. Walter Hopp has created an introduction to phenomenology that is at the same time a pleasure to read and accurate to its subject-matter. Here begins a new era of Husserl scholarship.

2.1 Some Discoverable Features of Intentional Experience
2.2 Some Further Features of Consciousness

7. The Essential Inadequacy of Perception

9.1 Phenomenology and the Problem of Skepticism
9.2 A Characterization of Knowledge
9.3 Fulfillment Revisited
9.4 The Principle of All Principles
9.5 Knowledge by Acquaintance