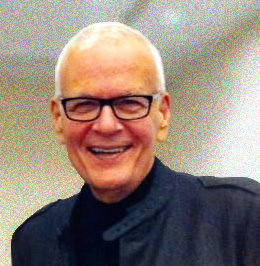 Bill Hull is a writer and discipleship evangelist calling the church to choose the life to which Jesus called every disciple. He has written many books on this subject, and spent twenty years working it out as a pastor. The core of Bill’s early writing was Jesus Christ Disciple Maker, The Disciple Making Pastor and The Disciple Making Church. Dallas said of The Disciple Making Pastor, “I have no doubt that this is the best book available on disciple making and disciple development in the contemporary church.” Bill’s later writing such as Choose the Life, and Christlike, has been centered on personal transformation and how that forms the basis for change in both church and society. His next book, Conversion & Discipleship: You Can’t Have One Without the Other (Zondervan, January 2016), is his theology of discipleship inspired by Dallas, making the case that all who are called to salvation, are called to discipleship.  Bill is a graduate of Oral Roberts University and Talbot School of Theology, the Director of the Bonhoeffer Project, and an adjunct professor at Talbot School of Theology at Biola University.

Bill benefited from Dallas’ work prior to meeting him in 2001. They served together in the Spiritual Formation Alliance’s Theological and Cultural Thinkers group, attempting to identify the primary problem in the American Church and how to solve it. The finding was, “That many have taught and believe that you can become a Christian and not follow Jesus.” It was around this problem that Bill and Dallas began to meet and talk. Dallas encouraged Bill to write about this subject, which led to the latter three books listed above. Dallas’s impact on Bill was equally great from a personal perspective. As with many, Dallas served as a mentor, not only in the intellectual life, but in Bill’s own spiritual formation. On a few occasions Bill and Dallas spoke together in meetings, and Dallas was always kind enough to throw a few questions to Bill in order to not dominate the conversation.

Jesus and The Gospel