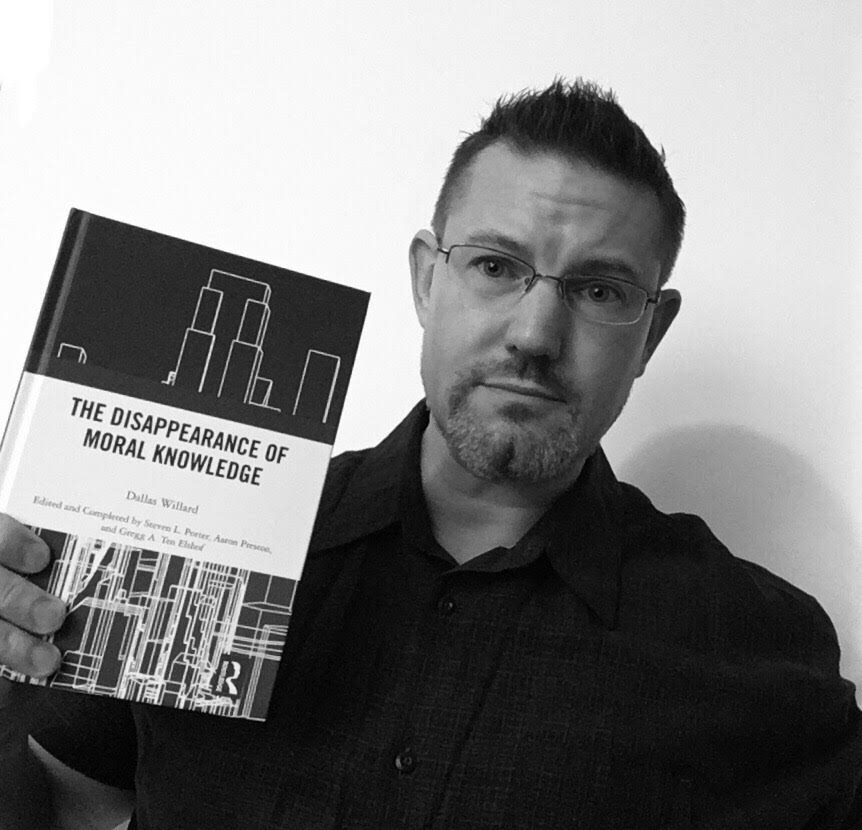 Aaron Preston is a Professor of Philosophy at Valparaiso University. He studied classics (B.A.) and theology (M.Th.) before earning his PH.D. in philosophy under Dallas Willard at USC. His early work developed a historical and metaphilosophical critique of the analytic tradition in philosophy, related to its role in what Dallas called “the disappearance of moral knowledge,” and he later helped to complete and publish Dallas’s final academic book on this topic: The Disappearance of Moral Knowledge (Routledge, 2018).

Aaron's current work broadens earlier analyses of the factors behind the disappearance of moral knowledge, and seeks to recover moral knowledge by rekindling interest in the largely forgotten school of Personalism, which was the driving force behind both the Human Rights movement in Europe and the Civil Rights movement in the united States (Martin Luther King, Jr. was a philosophical Personalist). In addition to his work on The Disappearance of Moral Knowledge, he is the author of Analytic Philosophy: The History of an Illusion (Continuum, 2007), editor of Analytic Philosophy: An Interpretive History (Routledge, 2017) and numerous journal articles and book chapters on topics in the history of philosophy, the history of ethics, metaphilosophy, and the philosophy and psychology of religion.

Aaron took his very first Philosophy class with Dallas as an undergraduate at USC (1991-1995) and was immediately hooked on both the discipline and the teacher - so much so that, after a brief stint studying Theology, he returned to USC as a graduate student (1997-2002) to take his doctorate in Philosophy under Dallas' supervision. Like so many of his students, Aaron looked to Dallas as a personal mentor as well as a Professor. They maintained a close friendship and mentoring relationship for the rest of Dallas's life.